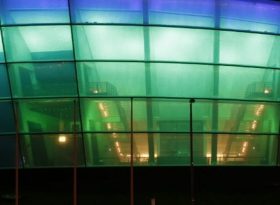 In 2003, as part of a plan to redevelop the Queen’s Dock in Glasgow, The Scottish Exhibition and Conference Centre (SECC) unveiled details of a new £125 million, 12,000 seat national entertainment arena – The SSE Hydro.  SECC turned to Foster + Partner, who previously masterminded the Clyde Auditorium, to design what would become the city’s largest entertainment venue.

The SSE Hydro’s roof weighs 1,400 tonnes and spans 120m making it one of the largest free-spanning roof structures in Europe

Modelled on Greek and Roman amphitheatres, the Hydro was designed to ensure that every audience member would have a clear view of the performance area.

The Hydro’s primary structure is comprised of a web of concrete fins radially splayed from the centre of the dome along the building perimeter. These heavily reinforced concrete fins provide the primary load-bearing elements of the structure and adopt a scale to match, stretching from 15m to 33mm in height and varying in their thickness from 400 to 600mm. This concrete-framed bowl features outwardly splayed external walls that support an inclined saucer dome that is 45m high.

From July 2011 to September 2013, Corecut were contracted to provide Diamond Drilling services as part of the construction of the Glasgow SSE Hydro Arena. The contract was predominantly to drill small accurate holes, 20 – 32mm in diameter, into the structural reinforced concrete spine and core walls to allow the connection of the structural steelwork. 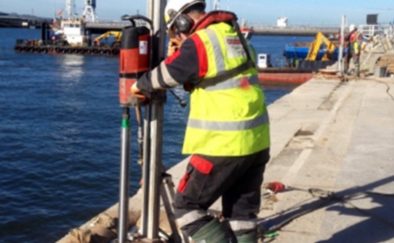 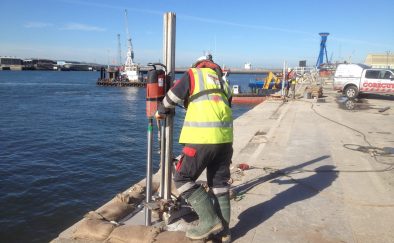 110v Mini Rigs fitted with Vacuum Base Plates were used to undertake the drilling works. The vacuum base plates allowed the rig to be securely anchored to the surface without the need to drill additional fixing holes and also ensured quick mobility between drilling locations.

IPAF accredited were utilised allowing the use of Mobile Access Platforms such as cherry pickers and scissor lifts to allow access to the difficult-to-reach drilling locations throughout the structure.

This was a reactive contract and Corecut demonstrated their flexibility to respond to client requests of to drill holes as the phasing of the works required.

On the completion of the contract more than 6,500 holes were drilled.

The outer walls of the venue are clad in translucent, air-filled ETFE cushions – a material originally developed for the space industry