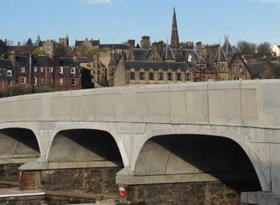 BAM Nuttall were contracted to work on improvements to Shore Road Rail Bridge in Stirling as part of a Network Rail initiative to ensure that clearance requirements were met for the proposed electrification of the railway line.

The work was completed as part of a £650m electrification programme taking place across the Central Belt, to take Scotland’s rail system into the next generation. 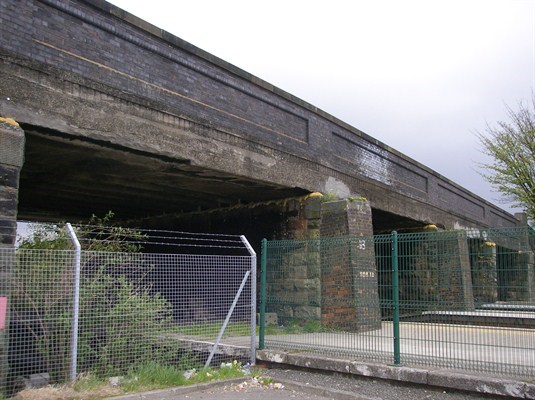 BAM Nuttall’s work involved the dismantling and removal of bridge deck spans, along with the reduction of bridge piers and abutment walls. Upon removal of the existing structure, new pre-cast conarches were installed with a subsequent bridge deck. Pedestrian temporary access walkways were constructed and maintained throughout works to help minimise disruption for local residents.

Corecut assisted BAM Nuttall through the provision of specially trained operatives complete with the necessary Diamond Drilling, Floor Sawing, Wall Sawing and Robolition equipment. This expertise ensured successful demolition of the existing bridge deck and reinstatement of the new structure during pre-possession and nightshift possession works. 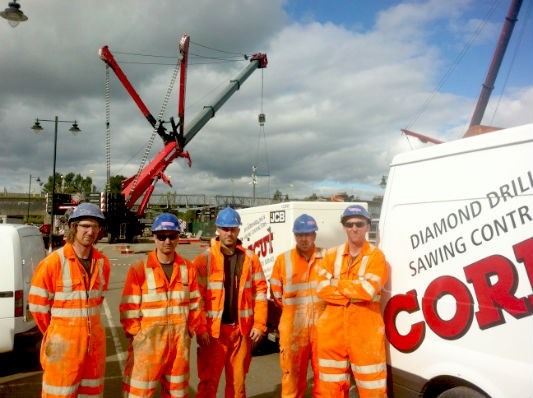 Due to the potential impact on both the rail services and local residents, working durations were restricted. The team were required to carry out pre-demolition work during the main 54 hour line possession, meaning a tight schedule. Time restrictions were overcome through advanced equipment setup and part completion of work pre-possession where possible.

The overall Bridge project was completed six weeks ahead of schedule, in part thanks to the efficiency of the work carried out by Corecut.

The project was fully completed under the allocated schedule and budget, and performance on this project has led to Corecut working alongside BAM Nuttall on another technically demanding railway contract.

Tony McDade, Corecut Contracts Supervisor, said: “It was a big effort over the duration of the project to ensure successful completion of works prior to and during the disruptive possession at Shore Road. It has been a great team effort by all involved at Corecut, showing once again that we are able to deliver challenging works on time.”