Corecut's hydrodemolition sub-division Corejet have played a crucial role in a new project to widen the Port of Liverpool's Seaforth Passage.

Corejet have been tasked with the preparation of Gladstone Lock and the adjacent quayside infrastructure. Using the UK's first Aqua Cutter Evolutions 710V along with its extension arm, Corejet have been carrying out hydrodemolition and wire sawing work as a sub-contractor.

This has all been carried out with the objective of protecting the integrity of the current structure. It is for this reason that the Aqua Cutter System has been used as it removes the need for pneumatic or mechanical breaking equipment as the vibrations could have caused damage the existing infrastructure.

It was also decided that drilling or hand lancing was unsuitable due to their need to build elaborate scaffolding systems. Corejet also found that due to the slab depths both wall sawing and stitch drilling were unsuitable.

It was then proposed that a combination of wire sawing and remote hydrodemolition were the safest and most cost effective alternatives.

Corejet's work on the Liverpool Seaforth Passage was recently featured in Jet News by the WaterJet Technology Association, 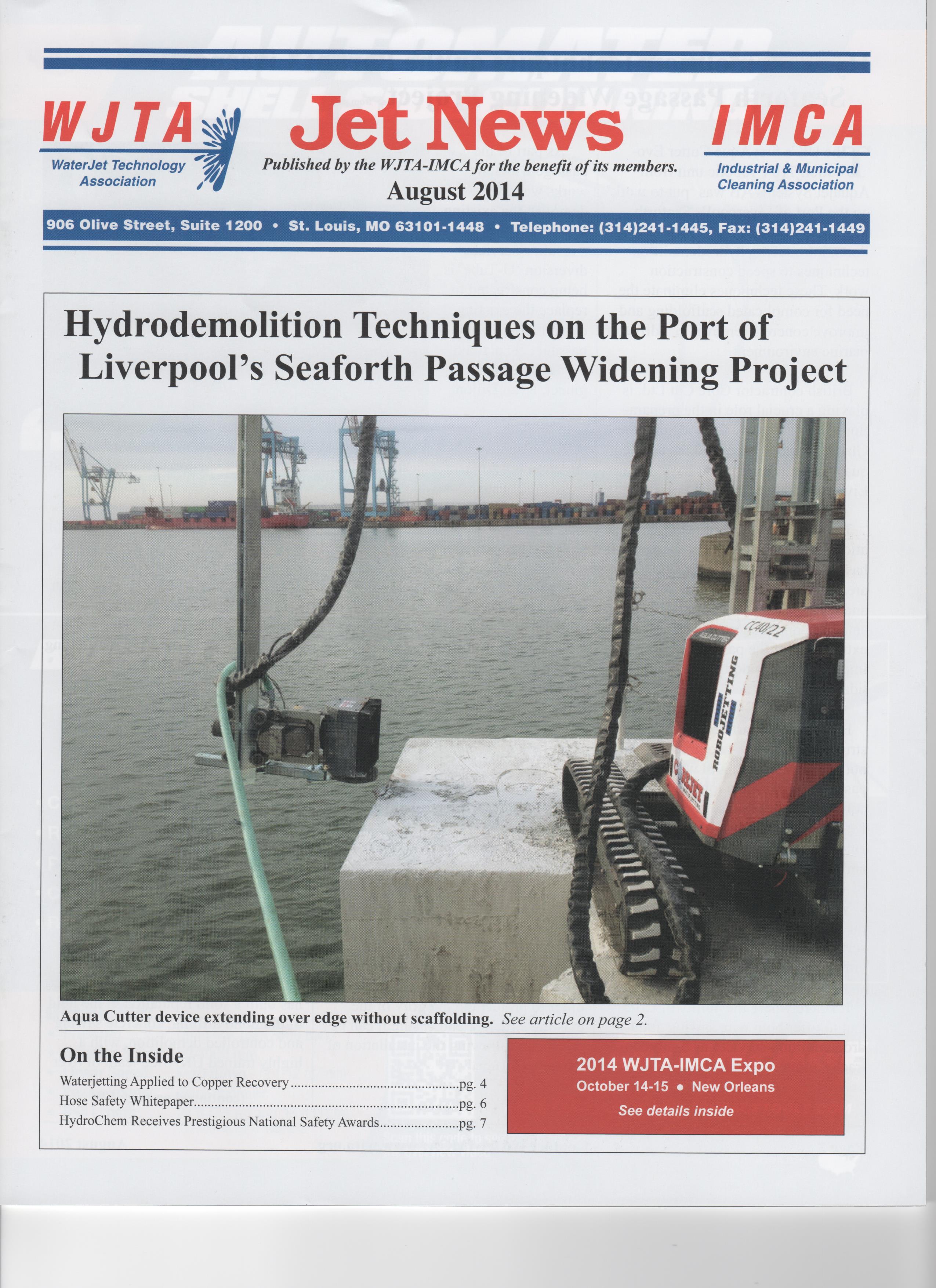 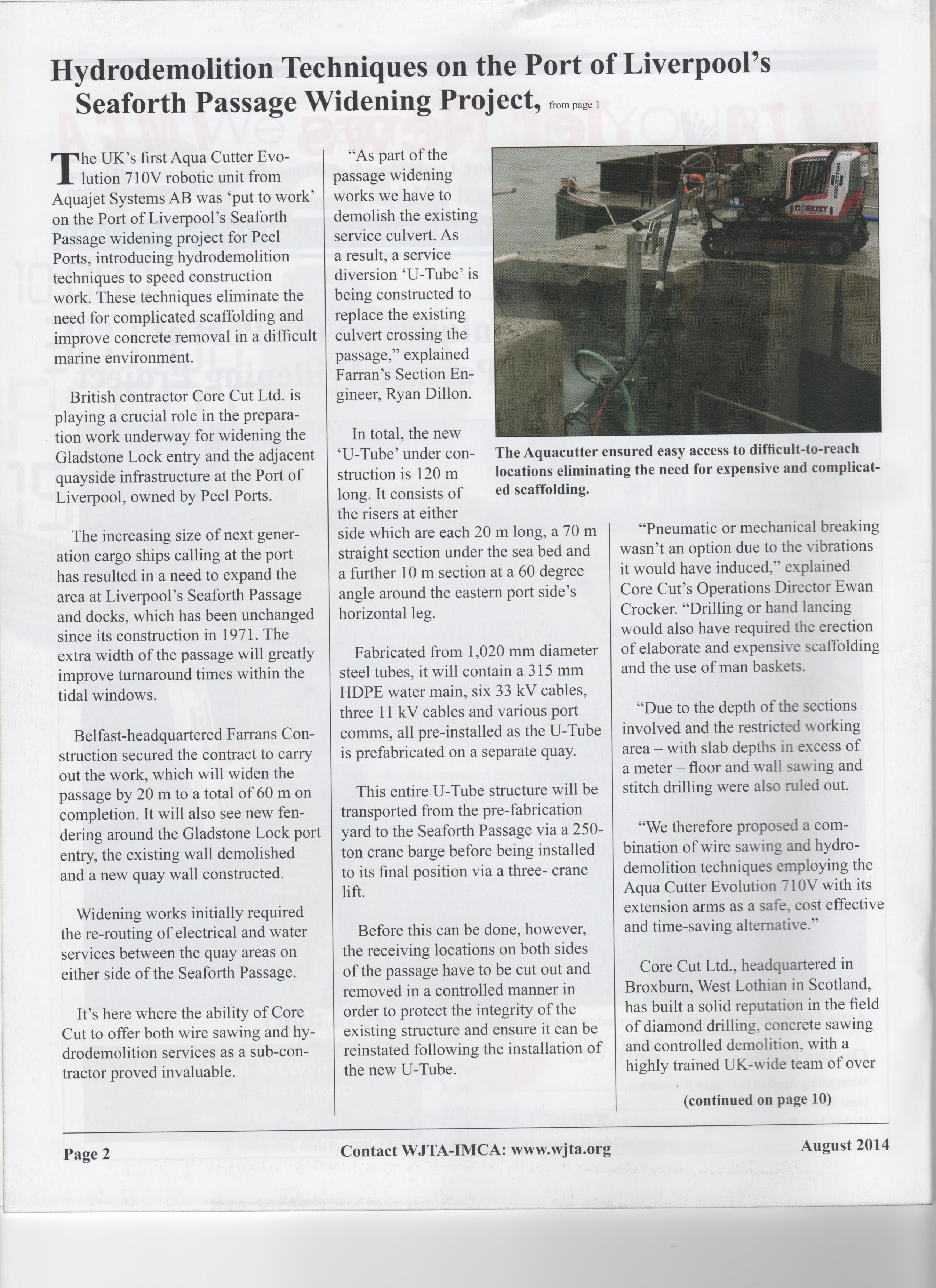 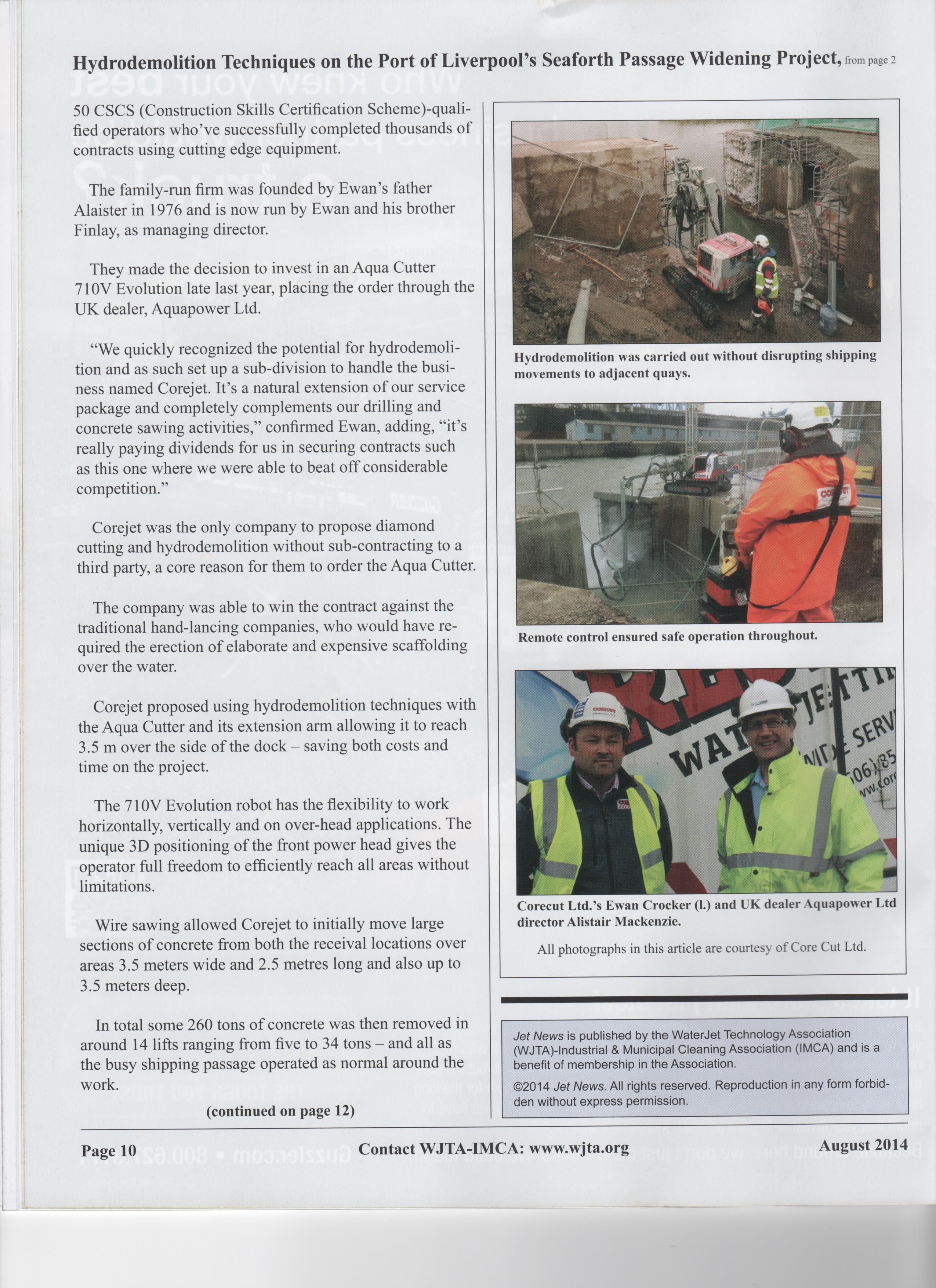