Corecut’s Managing Director Finlay Crocker made a one-off return to the Courier Connections Renault UK Clio Cup at the weekend. Finlay took part in rounds 13 & 14 at his ‘Home’ circuit of Knockhill in Fife, Scotland. Crocker who hails from Bathgate in West Lothian was part of Team Pyro which includes Mike Bushell, who took pole position for both of these rounds.

With sunshine splitting the sky for most of the day, the bank holiday weekend provided the drivers with perfect conditions for some fantastic racing at the Fife track. The conditions allowed Crocker to finish both rounds of the one-make saloon championship in 13th position, with him closing out round 14 just behind Devon Modell of Scuderia Vittoria.

Crocker drove an exciting race in round 14 with a superb recovery after being caught up in a multicar incident on the opening lap just before Duffus Dip which saw both Paul Knapp and Mark Howard retire from the race.

Crocker spent the majority of the race in battle for position; initially with championship points leader Josh Cook of 20ten Racing and then with WDE Motorsport’s Paul Rivett. Crocker added to the action of the day with some fierce driving whilst maintaining composure on the corners in order to prevent others from passing.

The races were screened live on ITV4, with High Definition broadcasts on ITV4 HD, and repeats shown on Thursday 4th September.

Finlay Crocker’s team were also joined by representatives from a number of their sponsors on the day. The sponsors, who were treated to Renault’s Hospitality, enjoyed a day of spectacular racing with races from the Ginetta GT4 Supercup, The Porsche Carrera Cup, The Dunlop MSA Formula Ford championship, The Ginetta Junior Championship, The British Touring Car Championship and the Renault Clio Cup Championship. 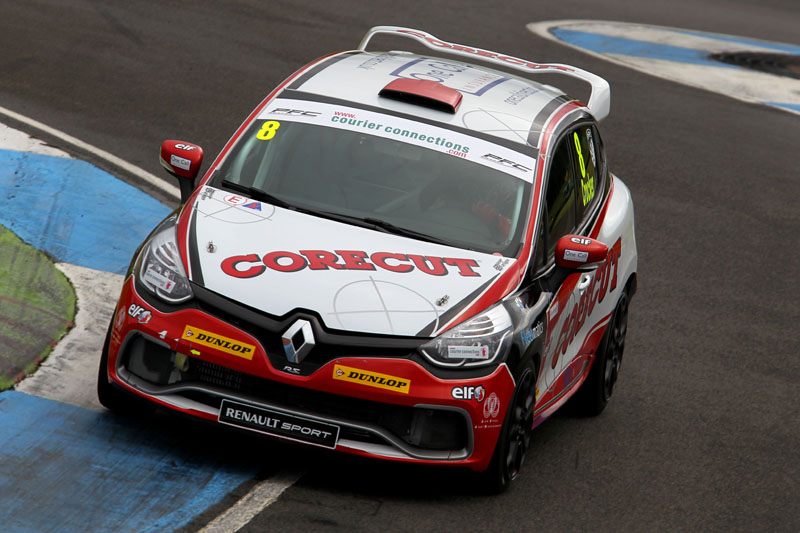 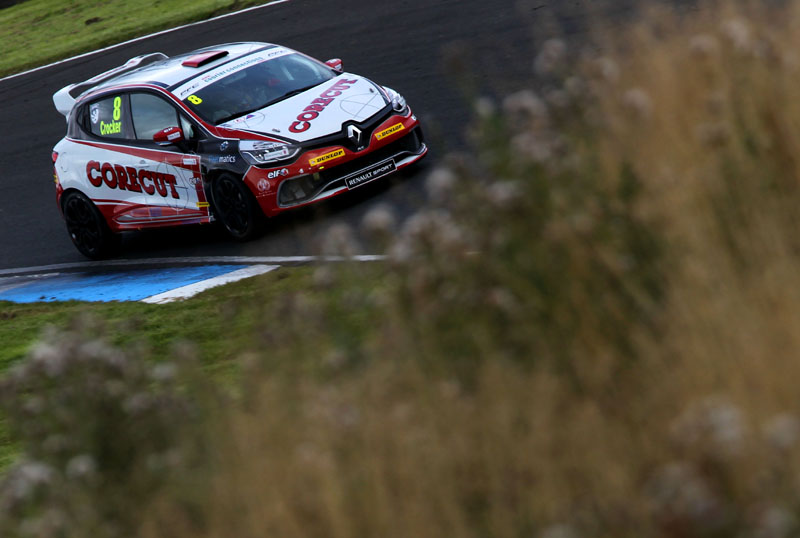 The Renault UK Clio Cup championship is a single make motor racing championship with all drivers driving the new Renault sport Clio 200 Turbo EDC road car, which features a tuned 1.6 litre turbo-powered engine producing 22 brake horsepower. The cars also sport a steering wheel mounted paddle shift gear system which is linked to a six-speed sequential gearbox. The standardisation of the cars, offers a race championship that is very much reliant on driver ability, which allows drivers to race on a level playing field.

Despite Scotland’s motorsport pedigree, the country has a limited number of racing facilities with Knockhill certainly being the best known. The Fife racetrack regularly holds high profile events such as the British Touring Car Championships, British Superbike Championships and British drifting Championships.